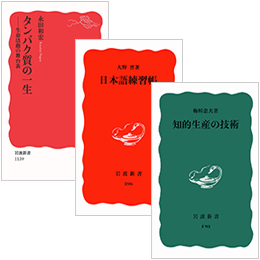 Compiles knowledge from the thematically distinct paperbacks which for 80 years have stimulated the curiosity of Japanese people. A starting point for true cultivation.